How can we promote and showcase home grown talent? How can we overcome the limits of the Canadian “Star System” and go global? Can Canadian comedians actually monetize content online? Is the digital community our farm system for new talent?

We’ll discuss whether hype and monetization online can make the limitations of exposure and earnings for Canadians a thing of the past. Learn about the benefits and costs of livestreaming shows for in-person and online audiences simultaneously, then having content to edit and stream at a later date. Find out how emerging artists can be mentored in places that aren’t major cities. Plus, are you more worried about what Bill C-11 (aka The Online Streaming Act) means for you, or about trying to understand it? 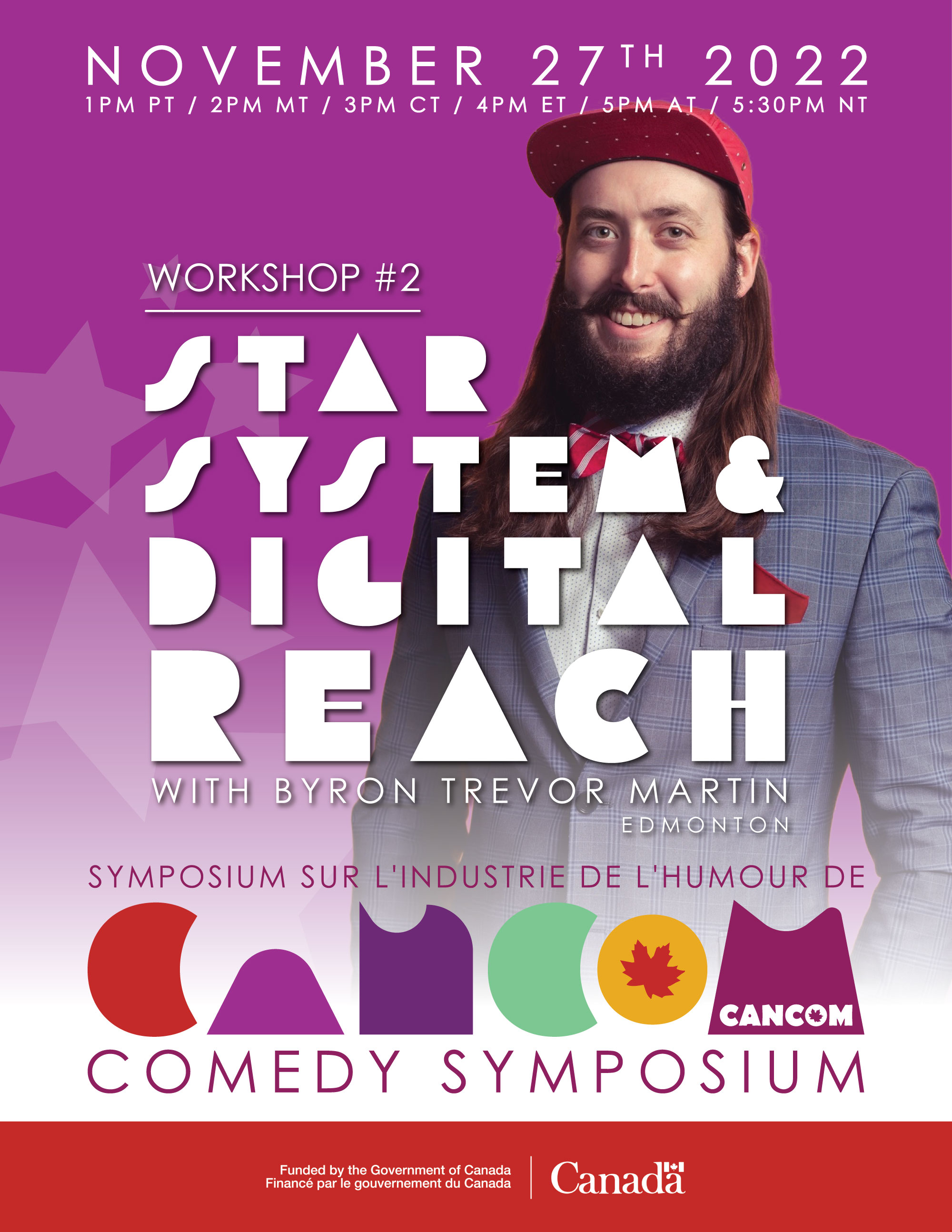 Request to attend this event in-person by sending an email to info@cancomedy.ca with your Membership ID number.
Sign-in To Watch Workshop

See which comedians are participating in the event 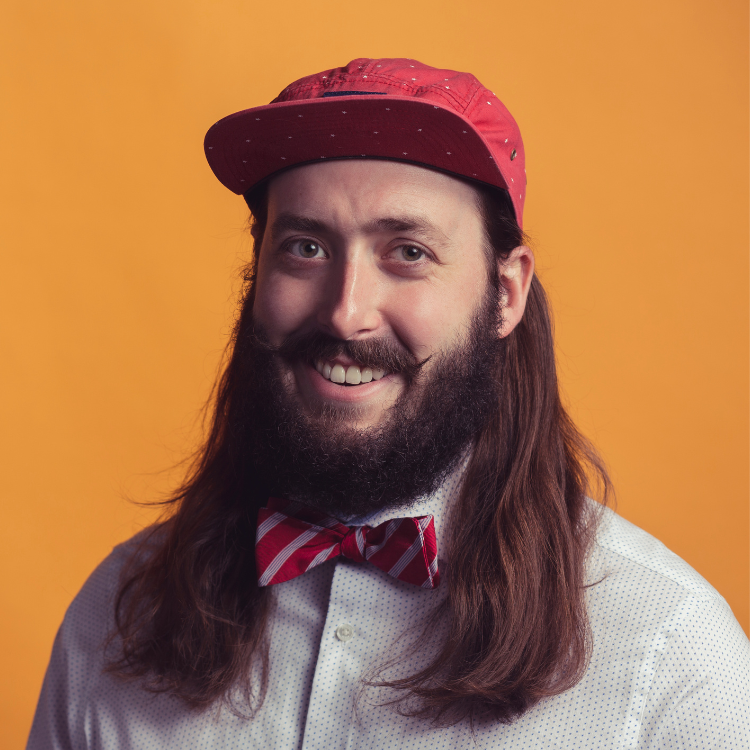 Byron is a Writer, Director, Actor/Improvisor and is the Founder and Artistic Director of Grindstone Theatre in Edmonton. Byron started Grindstone Theatre Society in 2011 and opened its venue; The Grindstone Comedy Theatre and Bistro in 2018 which is now one of the cornerstone venues for comedy of all kinds. He has been working as an improvisor for the past 13 years and is the director of the award winning improvised musical comedy; The 11 O'clock Number with which he has toured internationally. Byron is a graduate of the MacEwan Theatre Arts Program and The Royal Conservatoire of Scotland MA Musical Theatre Program. Byron has worked as an actor for The Citadel Theatre, Alberta Opera, Edmonton Actors Theatre, The National Theatre of Scotland, The Citizens Theatre (Glasgow), Trunk Theatre, Malachite Theatre, and Theatre YES to name a few. He is the recipient of Theatre Alberta’s Community Service Award, voted VUE weekly’s Champion of the Arts and was nominated for Outstanding Artistic Director at the Mayors Celebration of the Arts.

As an actor nominated for Best Supporting Actor and Outstanding Achievement in Theatre for Young Audiences at the Edmonton Sterling Awards. Writing credits include Thunder(CATS) The Musical and the award winning musical satire: Jason Kenney's Hot Boy Summer. Directing credits include Thunder(CATS), JK's Hot Boy Summer, Here Lies Henry, The Adventures of Chucky and Reggie and Urinetown The Musical. 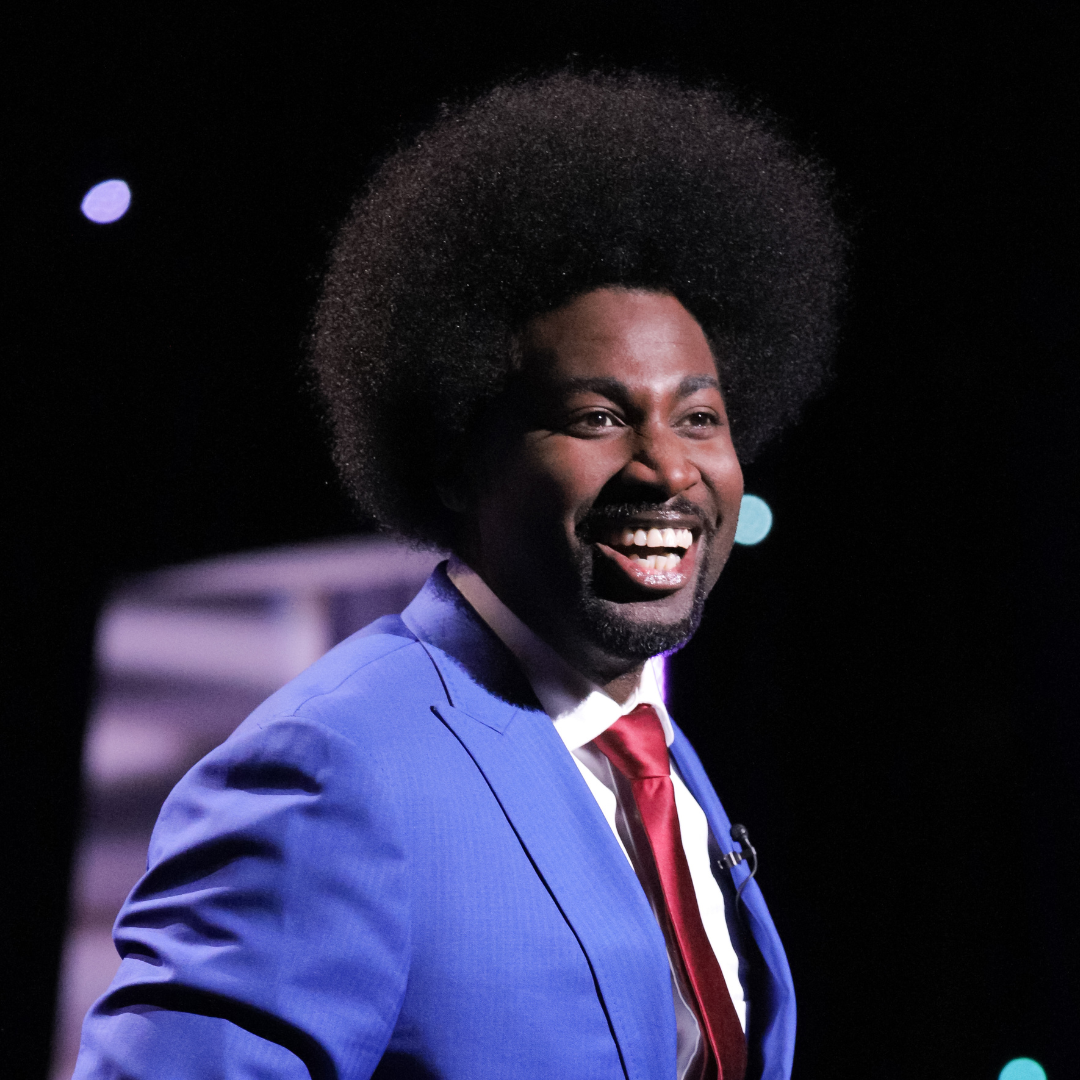 Sterling Scott is a rising star in the Canadian comedy scene and a crowd favourite. His most recent accomplishments on and off the stage include, being signed by Kevin Hart and the LOL network to a development deal, Winner of the San Francisco Comedy Competition, a performance on Crave's Stellar Stand ups, a track on the Just for Laughs 2018 premium album, multiple national televised performances on CBC and CTV as well as two comedy albums, and a podcast entitled "the comedy reject" which are available on all streaming platforms. 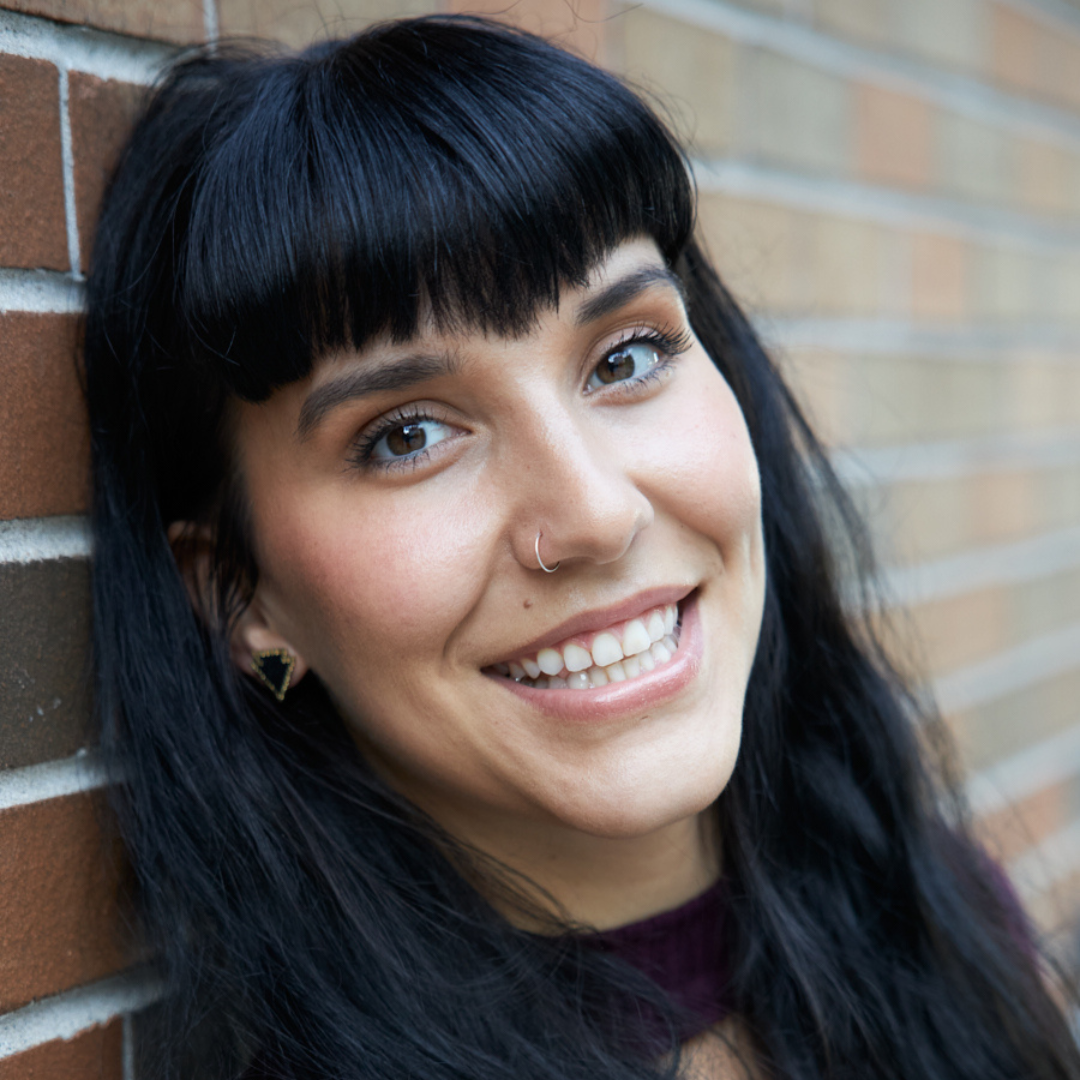 Dakota Ray Hebert is an actor/comedian/writer on the rise. She was born and raised in Meadow Lake, Saskatchewan. In 2012, she attended the Globe Theatre’s Conservatory Program, as their first Indigenous student.Theatre highlights include touring SALT BABY (Falen Johnson) to: Kitchener-Waterloo; Six Nations; Saskatoon; Regina; Vancouver; and throughout the Yukon.

She also travelled across the country, the US, and even to China with MISTATIM, a TYA show produced by Red Sky Performance. One of her favourite contracts was CANADA; IT’S COMPLICATED,directed by Mary Walsh. Most recently on the stage, Dakota starred in THIS WAS THE WORLD, opposite RH Thomson, at the Tarragon Theatre.On the small screen, Dakota stars in the upcoming CTV comedy SHELVED about a handful of smart and quirky characters who work at and inhabit a small, local library.

She also co-hosts the informative and entertaining APTN series CRAZY LIKE A LYNX,alongside Indigenous comedian Don Kelly. They recently wrapped shooting season 2.Dakota is also an accomplished stand-up comedian. She has performed acrossCanada, the US and in La Penita, Mexico. Credits include opening for: Ryan McMahon;Dan Naturman; Kathleen McGee; Lisa Baker; Simon King; Derek Seguin; and many more!

She also represented Saskatchewan at the first Arctic Comedy Festival in 2017.Up next, Dakota will be seen in JFL/CBC’s upcoming COMEDY NIGHT WITH RICK MERCER; and in ROAST BATTLE CANADA 2022. This fall, she headlined two sold out shows at JFL Toronto.

Her debut comedy album, “I’ll Give You An Indian Act” dropped October 31 and is available on all streaming sites.A prodigious writer, Dakota co-wrote CONRAD-ROY, a comedy/musical one-act play about a small-town farm boy trying to become a big city theatre actor. The show was produced, and premiered at The Globe Theatre in Regina, SK.

Her play NATIVE STUDIES 101, was produced by and premiered at The Gordon Tootoosis Nikaniwin Theatre in Saskatoon. Pre-COVID, she co-wrote the play LEAVE IT TO WEAVERS, which enjoyed a successful virtual premiere.In theatres, Dakota stars in the fantastic feature film, RUN WOMAN RUN, produced by Big Soul Productions, and written and directed by Zoe Hopkins.

Her outstanding performance won her the Best Actress Award at last year’s AIFF. It opened wide in theatres March 2022 and is currently streaming on Crave! 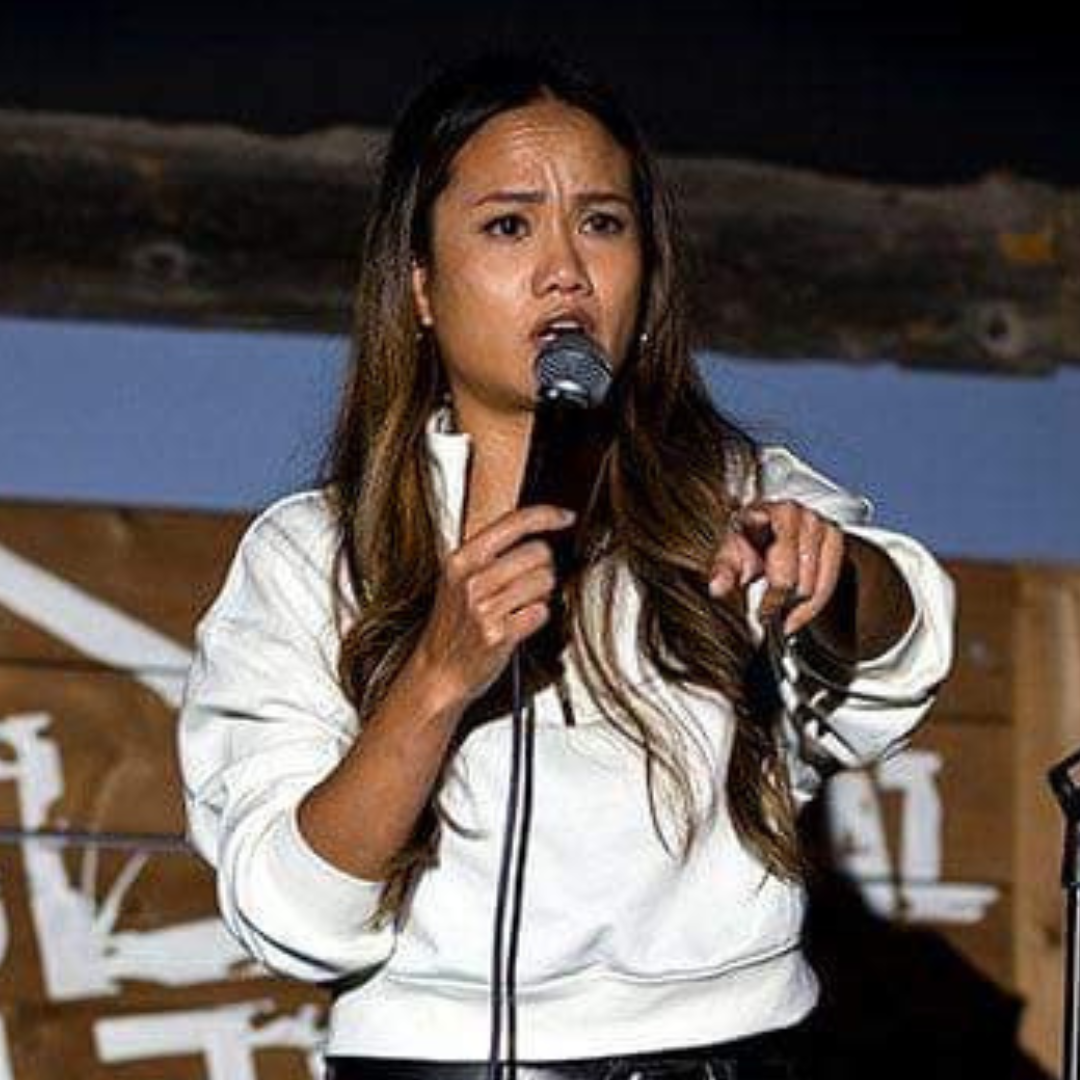 Celeste Lampa has become a fun favourite in Canada’s comedy scene. Her talent has lead her to work with some of today’s best comics. She’s performed throughout Canada and the US, and has been featured at the SheDot Comedy Festival in Toronto and The Grindstone Comedy Festival in Edmonton. She recently released her debut album “25%”. 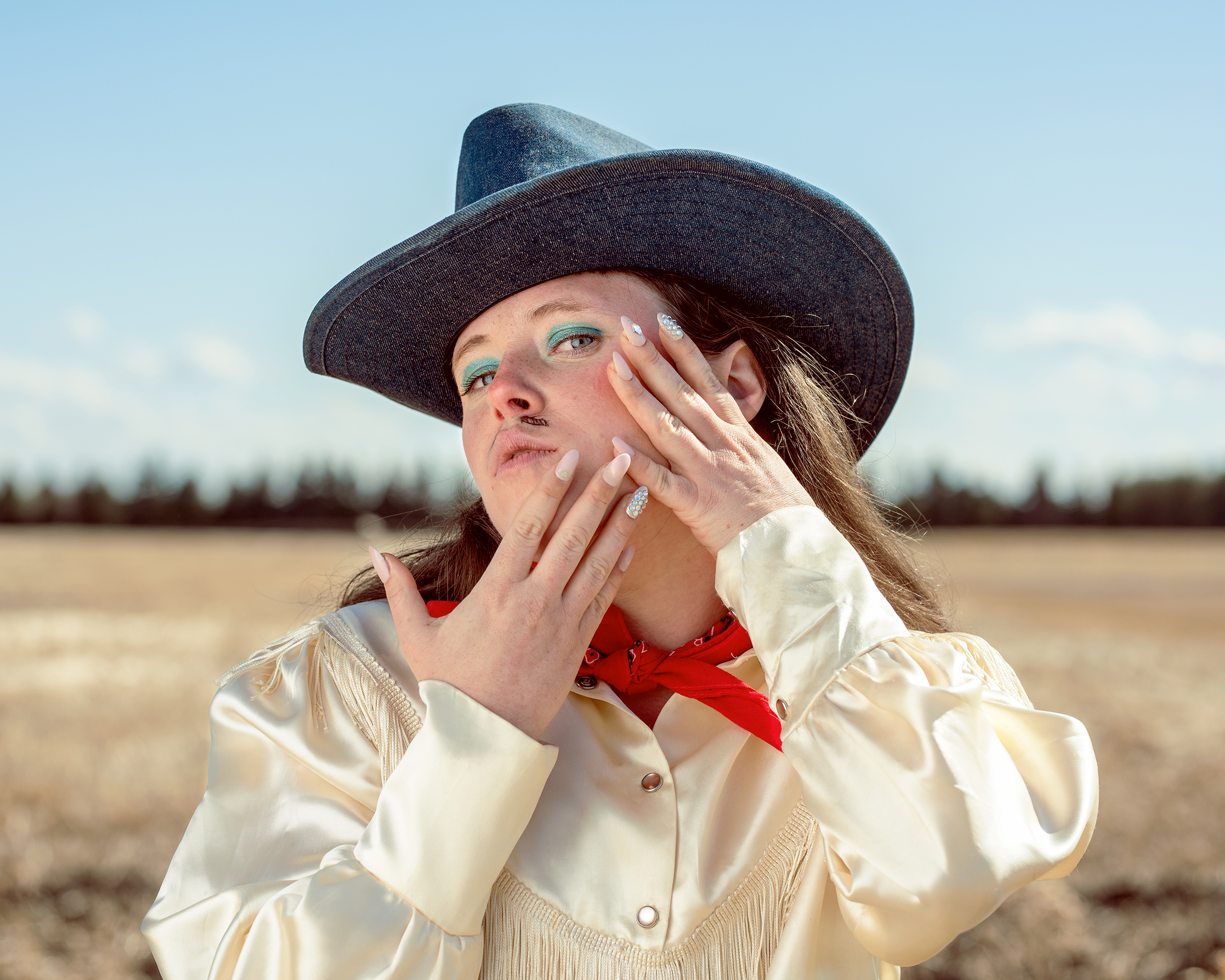 ELENA (OR ELI) BELYEA (they/she) is a queer playwright, performer, producer, comedian, and arts educator from Amiskwaciwȃskahikan (colonially known as Edmonton). Her plays have been produced across Turtle Island and internationally (including Hungary, Austria, Berlin, New York, Montreal, Toronto, and Quebec City). They're also Artistic Director of Tiny Bear Jaws, an agile, femme-run, cross-Canadian theatre company. She's half of queer sketch duo Gender? I Hardly Know Them which recently filmed the first three episodes of a web series and completed a cross-Canadian tour, including stops to Vancouver, Wells, Toronto, and Calgary. Find her online at @belyeache, @tinybearjaws, and @genderihardlyknowthem. Donovan Workun is a 3 time World Improv Champion with over 30 years experience in his craft. In 1990, Donovan founded his acclaimed comedy duo Atomic Improv. Atomic has toured across North America, Asia and Mexico and are the first improv group to headline Montreal’s Just For Laughs Comedy Festival. Atomic has been featured in several TV comedy specials and was selected to perform at the 2012 London Summer Olympic Games. Atomic Improv continues to perform, teach workshops and keynote for live shows and corporate events all across Canada.An accomplished actor, Donovan has been featured in dozens of National commercials, TV shows, feature films, plays and musicals. Donovan was a leading voice for 7 seasons in the hit  CBC Radio One Series: The Irrelevant Show.

This summer he is thrilled to be opening for Amy Schumer and Pete Davidson. A father of two wonderful children, Donovan calls Edmonton home and loves appreciating the city's history and exploring the beautiful parks and trails that Edmonton has to offer. 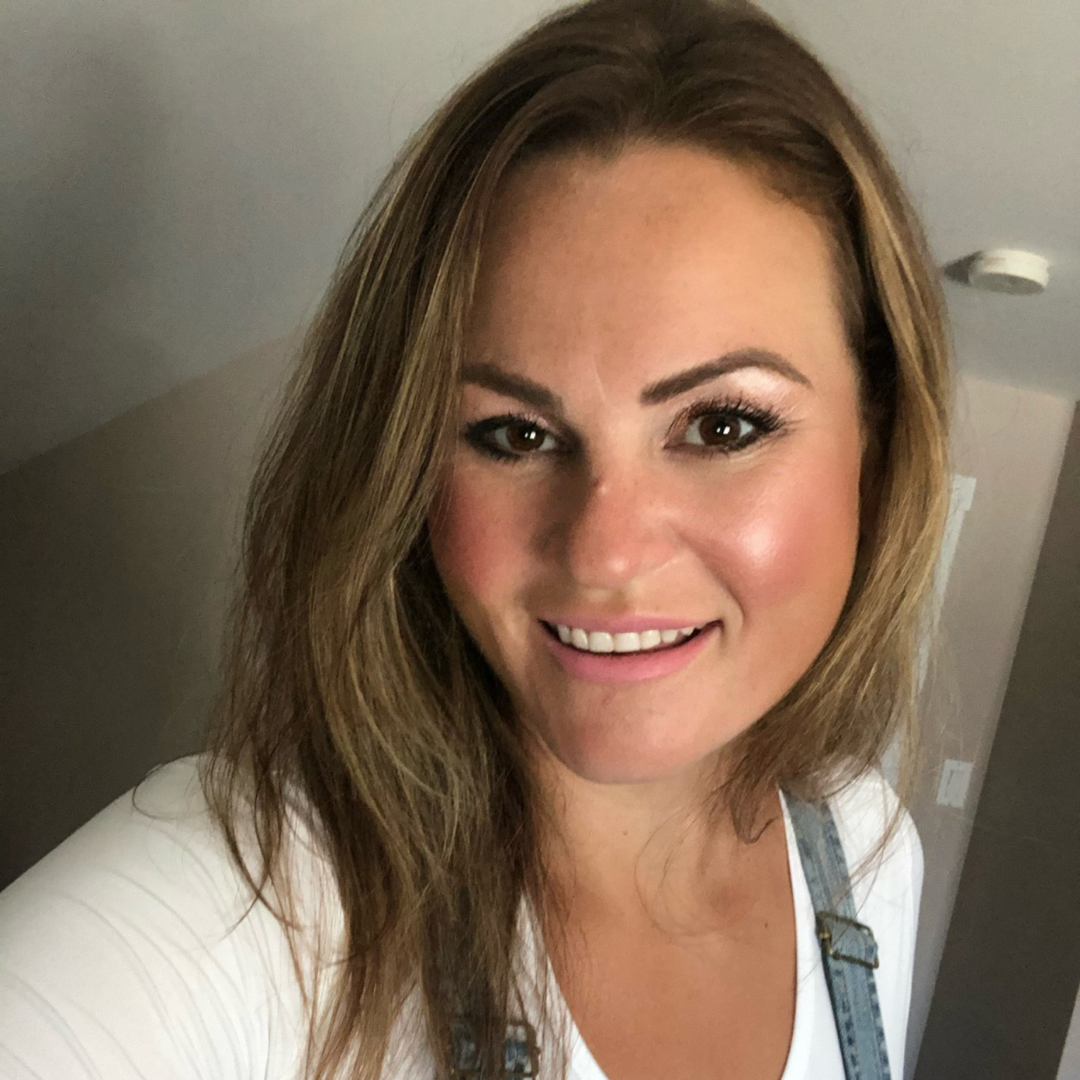 Kathleen has been seen at Just for Laughs on The Nasty Girls Show, JFL Northwest Nasty Show, a finalist in SiriusXM Top Comic, Winnipeg Comedy Festival, CBC Debaters, CBC Television and the Oddblock Comedy Festival. She has been a returning guest on Stop Podcasting Yourself, Ari Shaffir’s Skeptic Tank and can be heard regularly on Sirius XM Radio. Kathleen also cohosts her own popular podcast with Sean Lecomber called Dead Baby Bear. She has opened for some of the biggest names in comedy right now including Russell Peters, Hannibal Burress, Dave Foley & Ari Shaffir. Kathleen’s unapologetic and dark sense of humor will have you talking long after the show is over. 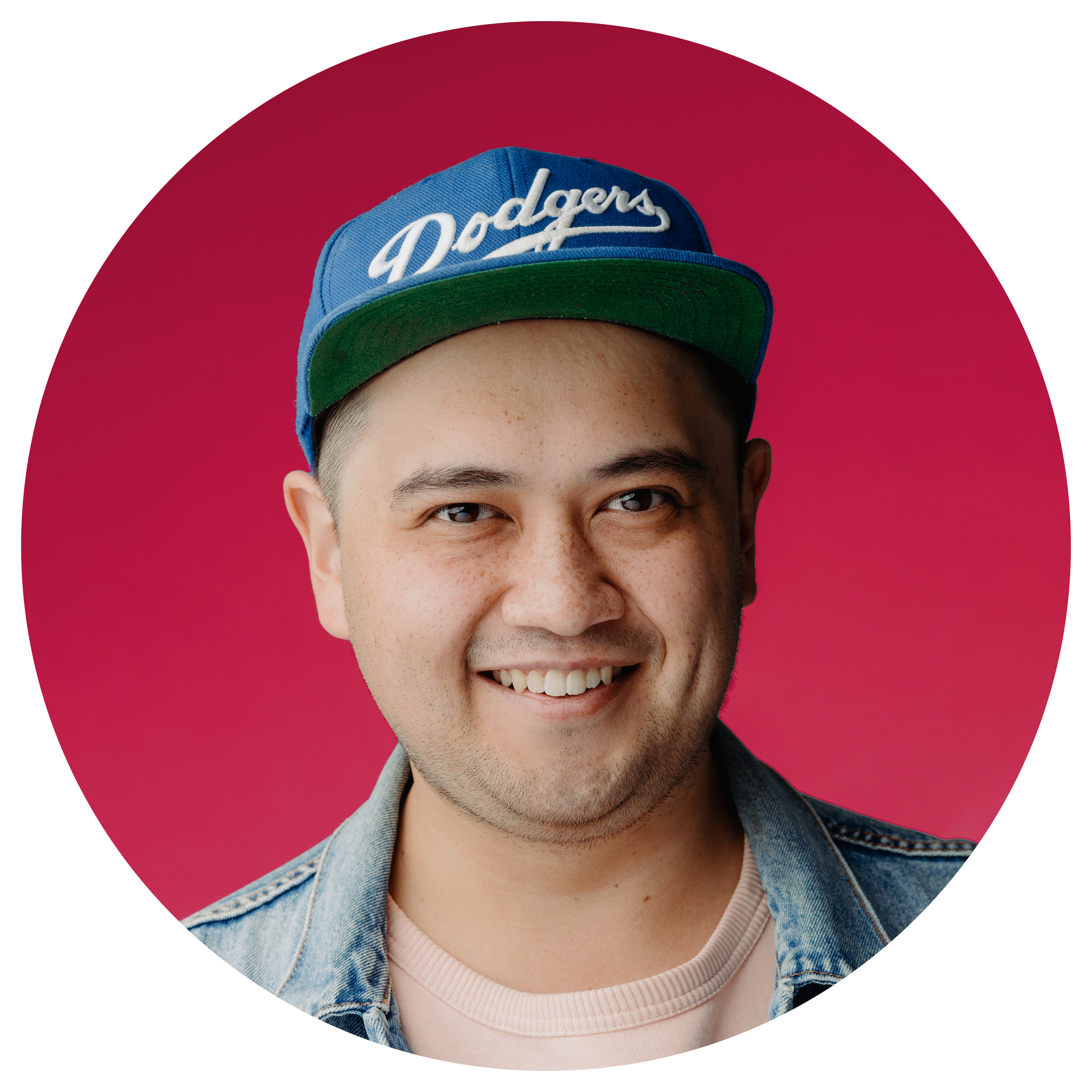 Gordie Lucius is an award winning creator, comedian, writer and most recently has become theco-creator/host of the totally wild and out there comedic natural history series Frick, I LoveNature which you can totally watch on CBC Gem. Other than being a cheeky lil nature host,Gordie was a finalist of the National Screen Institute’s 2020 Totally Television Program and is arecent alumni of the Corus Writer’s Apprenticeship program where he had the pleasure to workon CBC’s Run The Burbs. When he’s not writing, hosting, or making props out of old tennis ballcontainers he can be found performing improvised comedy with Rapid Fire Theatre where hehas been a senior member for over 12 years. Whenever Gordie gets a chance, he lovessnacking on a cheese boards, and drinking a soft soft wine. NOT MERLOT, that’s too hard.

Everyone (comedy artists, tech workers, and other industry stakeholders) is expected to complete the survey. You don’t have to do it each time you attend a Workshop. It should be completed before attending any Workshops, or as soon as possible.

Use your email address, postal code and CANCOM Membership ID number to sign-in to complete the survey. If you’re not a CANCOM Member, become a Member for FREE here

All set for the survey?

Are You Ready to Attend?

When you click the button, you will be brought to another site where the events will be viewed. Make sure to have the information