What should comedians expect to be paid for the variety of work, festivals, appearances they take on? Why is there still pressure to work for little to no pay and experience? How do we contribute to problems when it comes to payment tiers and how can we create change?

We’ll focus on standards and equity when it comes to pay for comedy, on-stage, on-screen, and online. Are there pros and cons to the pressure we face to work for little or no pay in comedy venues, festivals, and even produced media? Let’s explore how we make things worse for ourselves, the challenges faced by equity-deserving communities, and why the basic fees for live comedy performance haven’t seemed to change for decades. 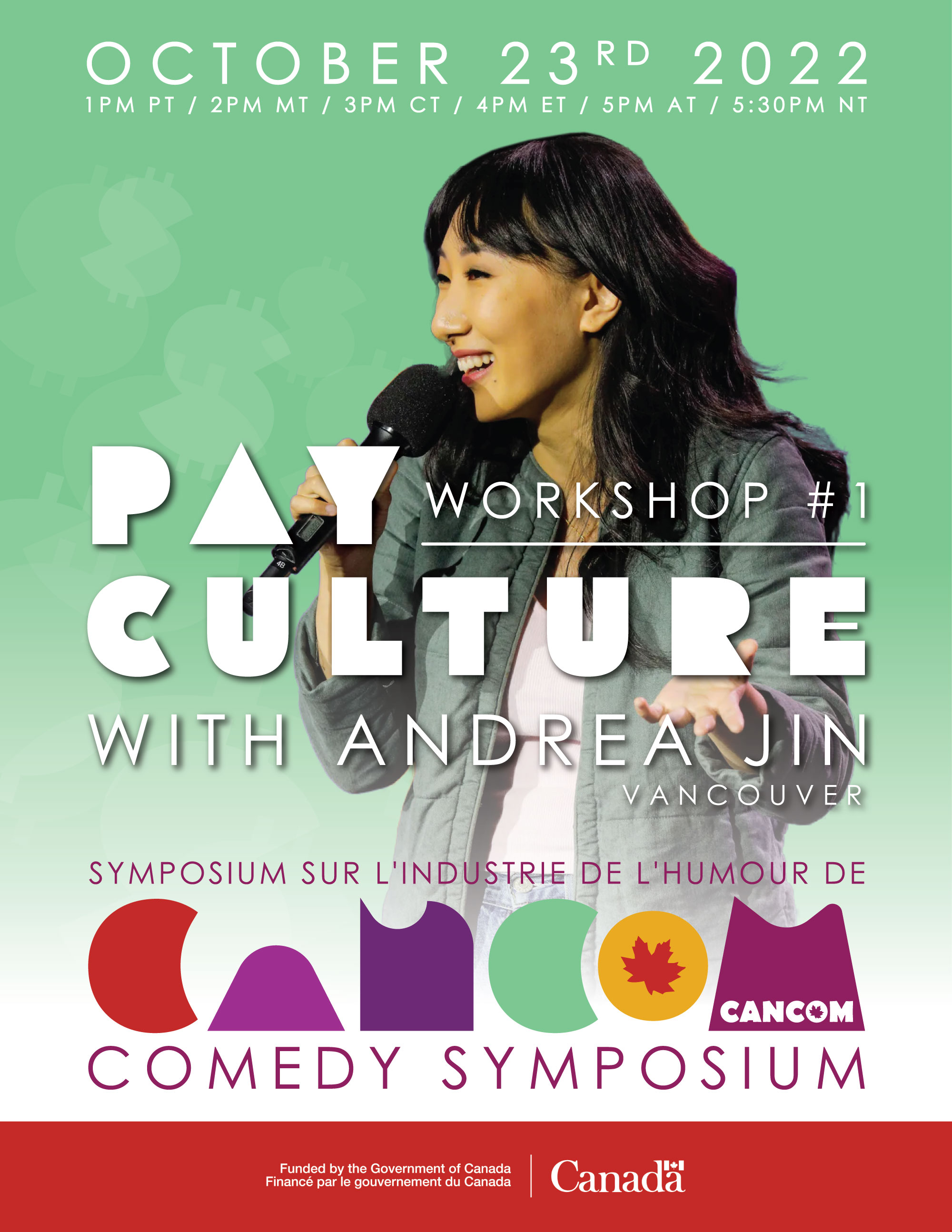 Request to attend this event in-person by sending an email to info@cancomedy.ca with your Membership ID number.

Seee which comedians are participating in the event 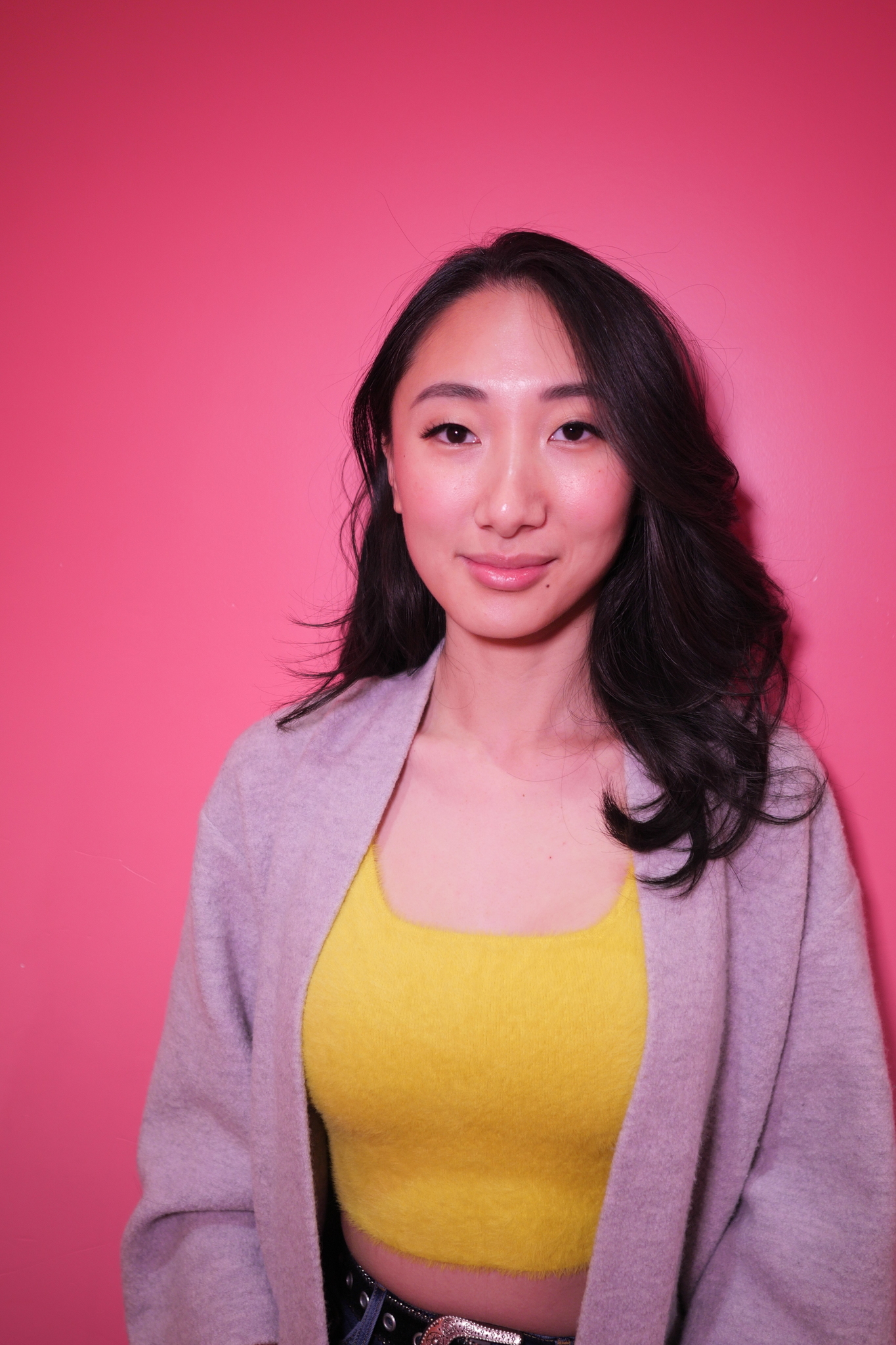 Andrea Jin is a stand-up comedian and writer born in Shanghai, currently based in Vancouver BC. She was just selected as New Face at Just for Laugh’s Montreal Festival, and has performed at JFL Northwest, SiriusXM Top Comic, Seattle International Comedy Competition, CBC’s The Debaters, and the Winnipeg Comedy Festival. Her writing has been featured on Vice, CBC Comedy, and the Vancouver Sun among other publications. You can hear her on JFL’s Best of the West Comedy Album and on her debut solo comedy album 'Grandma's Girl' which is available to stream here! 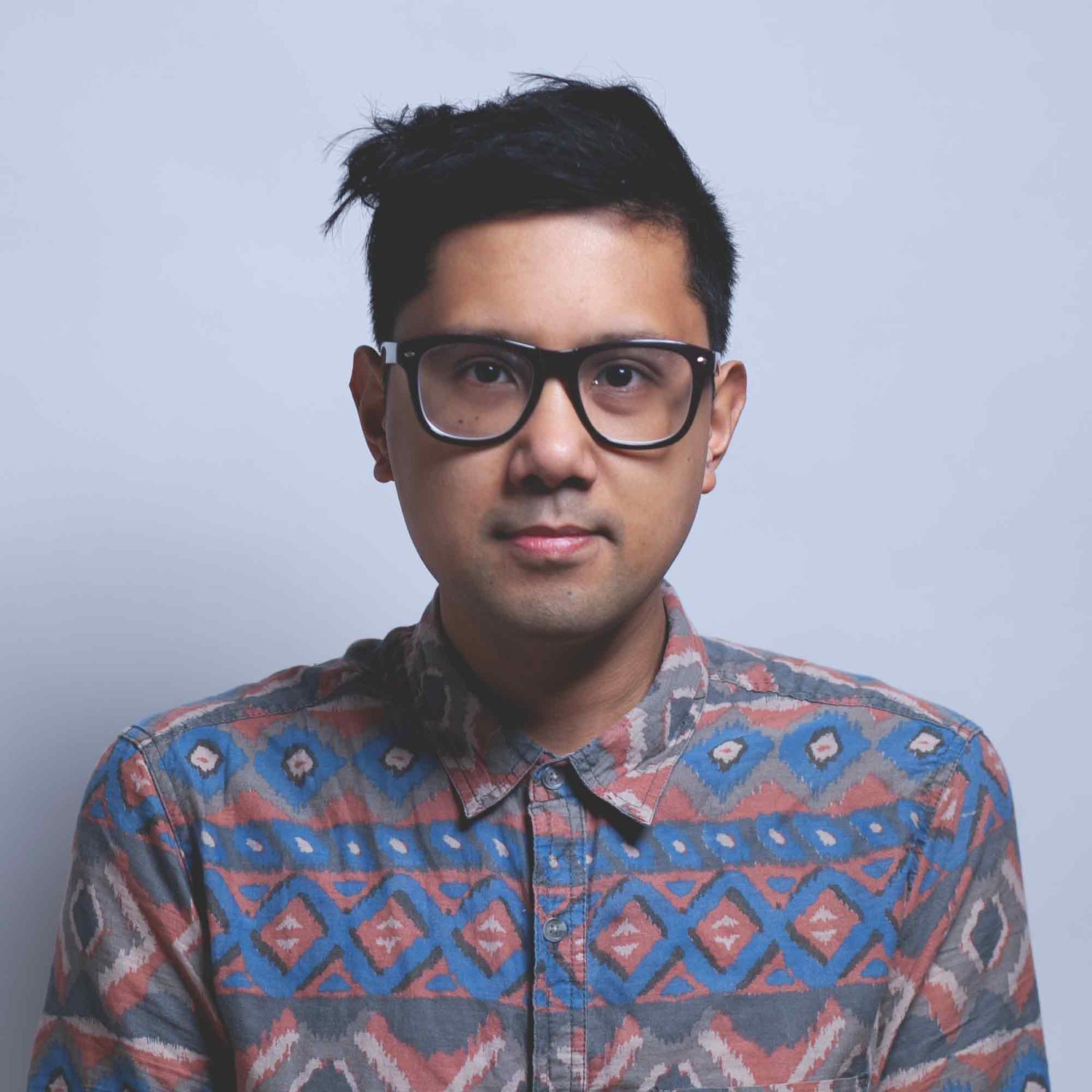 Ronald Dario is an actor, improviser and sketch comedian from Vancouver, BC. He teaches comedy classes at Blind Tiger Comedy. Ronald improvises weekly with his groups Little Mountain Improv and Treat Show. He has also performed at comedy festivals like Just For Laughs NorthWest, Rapid Fire Theatre's Improvaganza, the UCB Theatre’s Del Close Marathon, and the Vancouver Improv Fest.

Ronald has appeared in Amazon Prime’s Upload, CBC Gem’s The Slowest Show and is the voice of multiple characters in an upcoming Adult Swim cartoon. He has also been in commercials for Bow Valley College, IBM, Squarespace, and Edible Arrangements. Ronald has also been part of fun comedy projects like Dan Mangan’s More Or Less Variety Show. 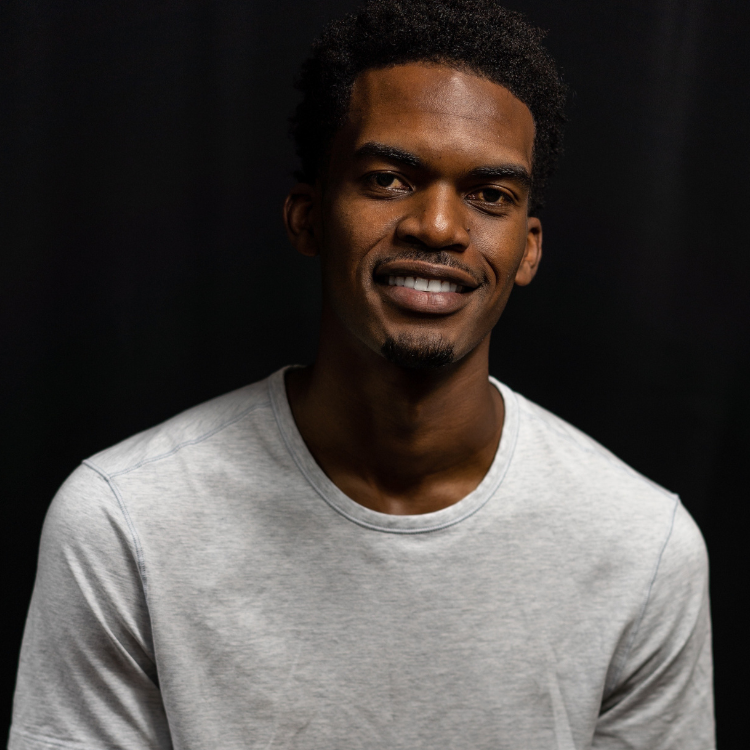 Randy Jernidier aka Randy J is a Storyteller/Comedian from Guadeloupe.He has performed all over the place from Kelowna to San Francisco going by Northern BC and Montreal.

Based out of Vancouver, Randy J uses his storytelling abilities with his comedy to talk about the world from a point of view most haven’t heard yet. You can find him on all social media as Randy J Dreams. 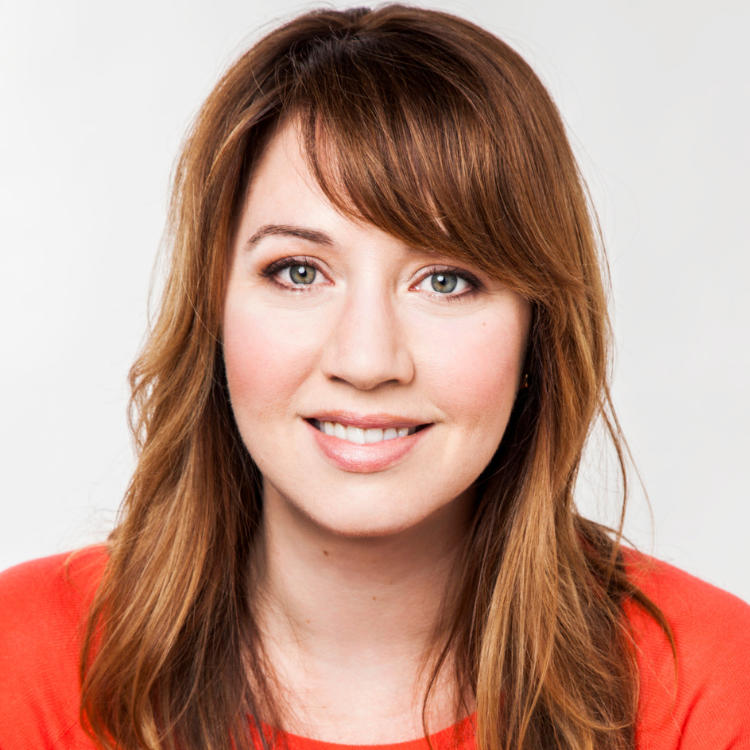 Caitlin Howden is a critically acclaimed writer and performer. After receiving her BFA in Acting at Ryerson University, she went on to write and perform in four critically acclaimed Mainstage revues at the legendary Second City (Toronto). Caitlin has written for radio, cartoons and tv shows. She wrote and co-starred on the pilot for a new SCTV, which was nominated for five Canadian Screen Awards.

She’s one of the co-founders and former Artistic Director of Blind Tiger Comedy, offering comedy classes taught by comedians in improv, sketch and stand up. Some of her favourite TV and film credits include “Love, Guaranteed” (Netflix), “Turner & Hooch” (Disney+), “The Babysitters Club” (Netflix), and coming soon, “The Last of Us” (HBO). Caitlin can be found on stage every Sunday performing to a packed house at “The Sunday Service”, the longest running, independent comedy show in Vancouver. 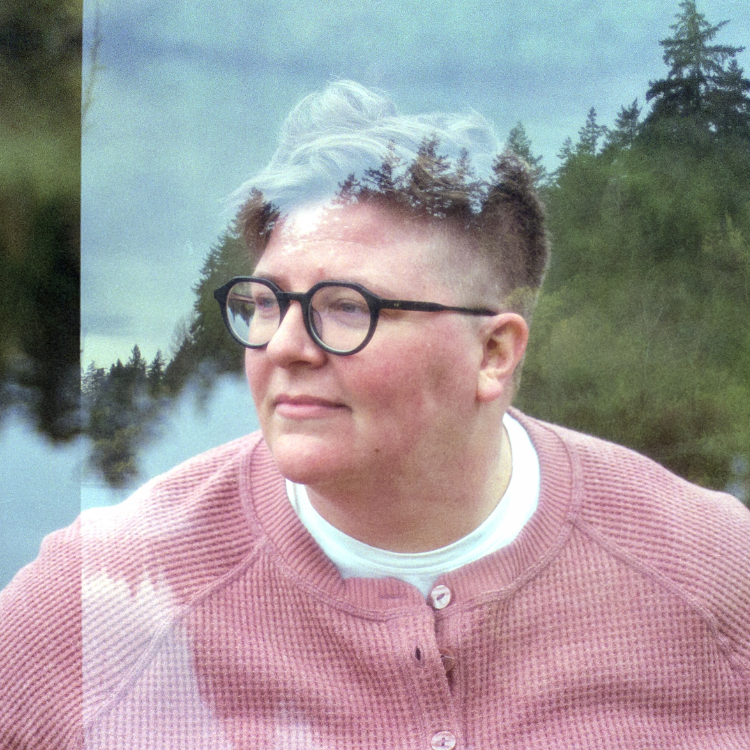 Jackie Hoffart (she/they) is a short filmmaker, comedy producer, comedian and writer who lives on the unceded territories of the Musqueam, Squamish and Tsleil-Waututh, in Vancouver, B.C. Jackie served as a judge for the JUNO Comedy Album of the Year category in 2020. The first season of their TELUS STORYHIVE funded docu-series “YVR Funny”, featuring 8 Vancouver comedians performing standup and giving intimate interviews, premieres Nov. 15, 2022. Pre-production for the greenlit second season is underway. Their short films have screened at festivals around the world (Vancouver Queer Film Festival, Winnipeg REEL Pride Film Festival, Entzaubert Queer Film Festival Berlin, Let’s Film Festival Fukuyama). They were a monthly columnist in English-language print media in Japan for over a decade, and are currently working on their first essay collection.

Also, I'm not really one of those comics who puts their stuff on social media (or at least not yet) so I don't have the bulk of the bonus material requested. Hope that's okay. If necessary I do have some video I can provide so just let me know, and I can cut something together if it's more of a requirement than a bonus. 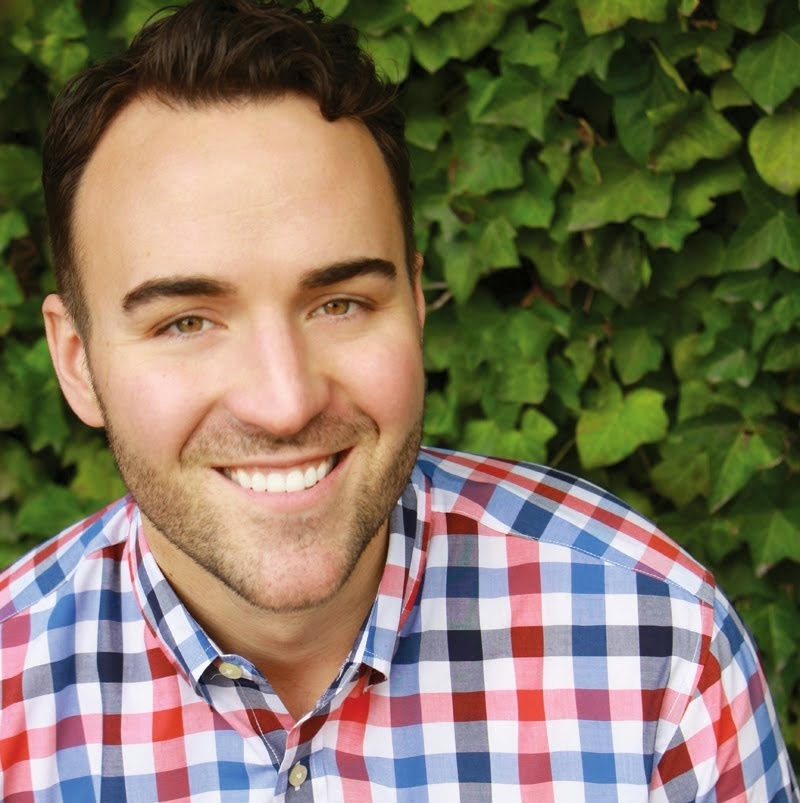 A graduate of Queen's University Drama (B.A.H) and Artist in Community Education (B.Ed), Dan has been performing and teaching theatre and improv for over twenty years. Training with and then joining the ensemble casts of QueerProv, the Fictionals, and Vancouver TheatreSports, Dan is now proud to call Tightrope Theatre home as the Director of Improv for Work & Wellness. In 2015, Dan moved to New York City with his husband Jonathan and studied improv with UCB and Annoyance Theatre. There he founded the Dirty Little Secrets Improv show, which still runs monthly in the East Village. Returning to Vancouver, Dan co-founded Momentous Comedy and continues to produce improv shows across the city like Puff the Magic Improv show and Mandy & Friends. Dan is passionate about improv's unique ability to bring people into the moment to discover the connective power of presence and co-creation. 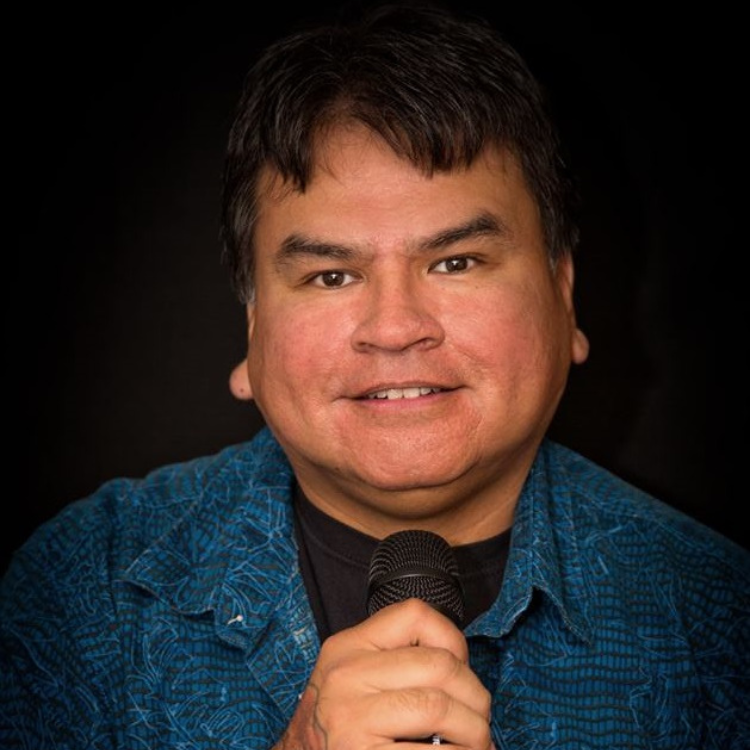 Keith “Bubbas” Nahanee was born and raised in North Vancouver. He comes from a large family of the Squamish Nation. Due to the large family this is where he gets his sense of humour.Keith started by entertaining at family get-togethers and branching out into the community. Keith has always been into comedy since he can remember. Keith loves entertaining people to make them laugh. He organizes his own shows on and off the reservations and has worked in partnership with community theatres. Every opportunity he gets to bring laughter into a community he does his best and involves some of the audience members. Spring of 2020 Keith Taped his first TV Special from Margin Films from Los Angeles, California. Keith has just started a new business called Rez Comedy Ltd and is looking forward to producing bigger shows 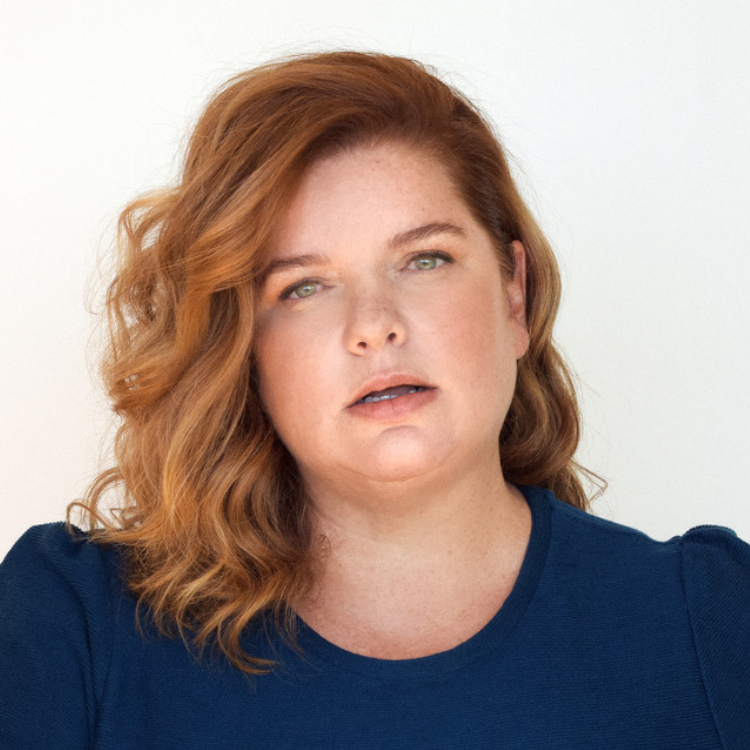 In early 2021, Jane launched her podcast "High School Sucked" which has quickly risen to the top 100 comedy podcasts worldwide. Also an accomplished actor, Jane Stanton most recently worked on Disney’s: The Mighty Ducks: Game Changers, Gus Van Sant in the ABC mini-series “When We Rise” as well as A&E’s “The Returned”, Amazon Prime The Twilight Zone" and CBC’s “Artic Air”. Jane was also on two hugely popular web series, “The Staff Room” and “The Acting Class.”

Between touring her headline act and appearances on such hit shows like CBC’s  The Debaters, CBC LOL, Jane has appeared alongside the likes of  Tig Notaro, Fortune Feimster, Melissa Villasenor, Arie Spears, Godfrey, Bobby Lee, Natasha Leggero and SNL’s Michael Che.  When she’s not touring, Jane Stanton resides in Vancouver BC with her two ‘children* Hoffman & Lulu.*dogs 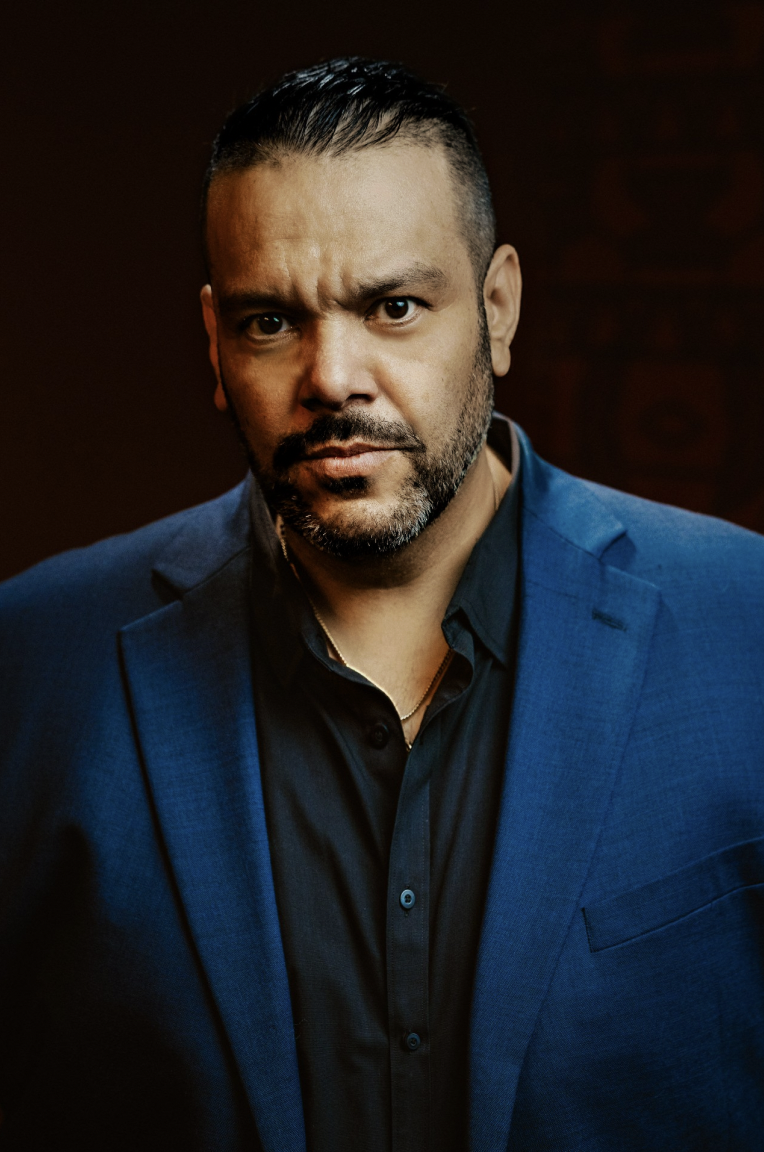 Jake Hirsch is a live event professional with ten-plus years of experience in touring, Artist Management and live event ticketing. He’s previously held positions as the head of comedy for Ticketfly and Eventbrite, where he worked with some of the largest brands and promoters in the world.  Jake has produced over 400 live shows and brings deep-rooted industry experience on both the production and event ticketing side. His exclusive client list included the world-famous Comedy Store, Just For Laughs, the Laugh Factory, The Stand in New York and the House of Comedy chain of clubs. He’s also worked on the music side with the legendary Rickshaw Theatre, Live Scene Entertainment, Calgary Folk Music Festival, Tooth Blackener, and the Latin Grammys. Jake currently co-manages a roster of over thirty professional Comedians at Williams Hirsch Talent Management, is Director of Comedy Partnerships at Tixr, and is co-owner of the House of Comedy in Vancouver. 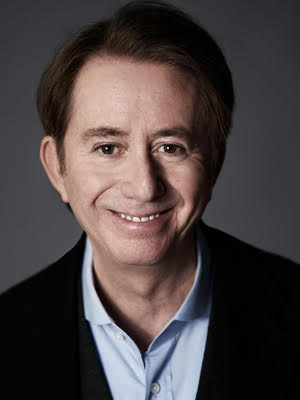 In 1974, Mark Breslin opened the first Yuk Yuk's, in the basement of Toronto's Church Street Community Centre. Two years and many sweaty shows later, the Yuk Yuk's flag ship was moved to 1280 Bay Street in the trendy Yorkville district. Over the next decade, Yuk Yuk's would expand to its present reach of twelve clubs across Canada.In 1978, Breslin founded Funny Business, a talent agency dedicated to finding work for Canadian stand-up comics. It is now the country’s largest, representing over 160 of Canada’s funny people.
Breslin has written five books so far, and produced multiple shows for television.
In 1998, he co-founded the Humber College Comedy Program., He is also a founding board member of the Canadian Comedy Awards, and inductee into The Canadian Comedy Hall of Fame. In 2017 Mark was awarded the Order of Canada.

Everyone (comedy artists, tech workers, and other industry stakeholders) is expected to complete the survey. You don’t have to do it each time you attend a Workshop. It should be completed before attending any Workshops, or as soon as possible.

Use your email address, postal code and CANCOM Membership ID number to sign-in to complete the survey. If you’re not a CANCOM Member, become a Member for FREE here

All set for the survey?

Are You Ready To Join?

When you click the button, you will be brought to another site where the events will be viewed. Make sure to have the information